The full 2013 FIA Formula One World Championship Race Calendar is as follows:

Sky Sports F1 will be showing all sessions (practice, qualifying and race) all live and in HD.

In addition , it has been announced that Suzi Perry will be fronting the BBC F1 Coverage from 2013, replacing Jake Humphries who leaves to front BT’s new Sports service. 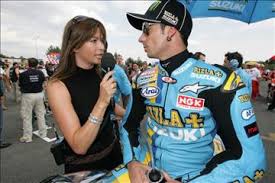 All content used on this site are protected by copyright and should not be used without expressed permission. (C)2003 - J Worby
We can amend / edit any comments made to our website (via forms and forums), without notice or warning and without reason and by posting you agree to these terms. Privacy policy and terms and conditions can be found at : Cookies and Privacy and T&Cs
The Sat and PC Guy is a Registered Trademark in Spain - Nombre Comercial 294.968(7). Use of "The Sat and PC Guy", "The Sat and PC Guy" or similar terms without permission, for any business, especially Satellite and TV related businesses without permission is prohibited by Spanish Trademark legislation. All logos, product and company names are trademarks™ or registered® trademarks of their respective holders. Use of them does not imply any affiliation with or endorsement by them.
Adverts
Our Recommended SMART DNS Services - Use these to enable access to the UK TV online catch up services like BBC iPlayer and ITVHub when outside the UK