Some people have been using Smart TV / Android technology as a way to receive UK TV.

Some of the companies selling these systems use “scare” tactics to try and push a sale – saying things like “You WILL lose UK TV in Spain soon and our product is the only way to keep watching UK TV!”

We covered a few points in a previous post (http://costablancasatellite.blogspot.com.es/2013/05/iptv-sales-talk-confusing-and-scaring.html ).

But here we compare the picture quality of such systems. 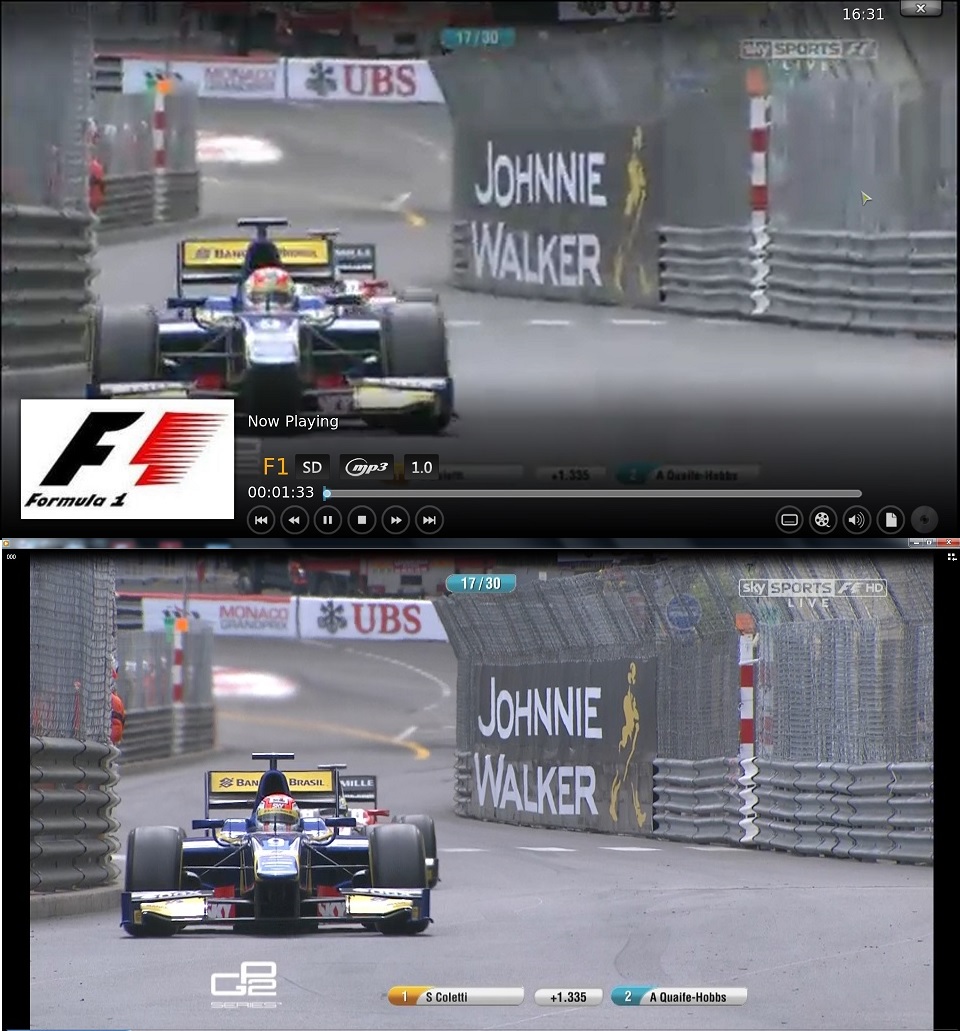 The image quality of the Smart TV is blurry, whereas the image from the satellite TV is sharper and more defined.

And the comparison will become more noticeable when the systems are compared on large TV screen that many people are using these days. The low image quality from the Smart TV Internet system will be a lot more noticeable than the direct from satellite system.

Well most of the Smart TV internet streaming services use a low resolution for their streaming – this resolution is sometimes only 480.

So the image resolution between Smart TV Internet streaming is less than half the resolution to HD TV, and about 16% lower than standard television transmissions.

So for LIVE TV, satellite Tv is produced the best image quality.

And when most UK satellite TV channels, like BBC, ITV C4 and Fives are available for free and on a small satellite dish, why compromise on image quality using an internet TV system for your live TV?

Why use a lower quality resolution TV rather than a high definition satellite systems on your HD TV. That is like buying a Ferrari and then replacing its v8 engine with a lawnmower engine!

All content used on this site are protected by copyright and should not be used without expressed permission. (C)2003 - J Worby
We can amend / edit any comments made to our website (via forms and forums), without notice or warning and without reason and by posting you agree to these terms. Privacy policy and terms and conditions can be found at : Cookies and Privacy and T&Cs
The Sat and PC Guy is a Registered Trademark in Spain - Nombre Comercial 294.968(7). Use of "The Sat and PC Guy", "The Sat and PC Guy" or similar terms without permission, for any business, especially Satellite and TV related businesses without permission is prohibited by Spanish Trademark legislation. All logos, product and company names are trademarks™ or registered® trademarks of their respective holders. Use of them does not imply any affiliation with or endorsement by them.