Discovery is to shuffle some of its channels numbers on Sky.

Most of these changes are due to the recent acquisition of three UKTV channels (Good Food, Really and Home) and in the aftermath of its takeover of Scripps Networks (Food Network, Travel Channel) 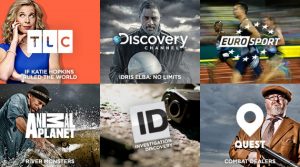 The affected channels old and new channel numbers on Sky TV are listed below:

The changes will happen on Wednesy 24th July, and will be automatic for all Sky users.