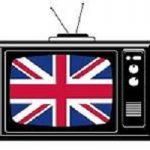 In a previous post we unboxed the latest Freesat box offering from Arris.
( https://www.satandpcguy.com/2020/02/14/unboxing-a-new-arris-freesat-uhd-x-4k-satellite-receiver/ )

Now we show you the on screen set up process, and a few points that we found when setting it up.

This is the “non recording” version. Even with the USB port on the receiver, and the addition of an external hard drive, you still cannot record from this receiver(unlike the Humax HB-1100S that it replaces.)

A few issues i found:
– My remote is not very responsive. Press a button on it, and there is a 4 second pause before you can press another button to the receiver to respond.

– the “Z” is not printed on any button on my remote control…!

– if you have “fat thumbs”, then when you press the OK button, you may also press the UP or DOWN button on the remote