Audio Problem on BBC One HD during Boxing Days MOTD

Football fans went into meltdown on Boxing Day evening when a fault resulted in Match of the Day going on-air without sound on BBC One HD.

The fault appeared to primarily affect the version of BBC One HD broadcast to England, although BBC One HD in Scotland reportedly had a shorter-lived audio fault earlier in the programme. Viewers were able to watch the football highlights with sound by switching to BBC One standard definition. Satellite viewers also had the option to switch to other variants of BBC One HD aimed at viewers outside of England.
END_OF_DOCUMENT_TOKEN_TO_BE_REPLACED

The BBC is making changes to its channel numbering on Sky and Freesat on Monday 24th March 2014, according to an announcement made today.

Following the change, Sky HD users will be able to watch HD versions of the four national versions of BBC One HD on Sky channels 976-979.

A similar move is expected on Freesat, but channel numbering details have not yet been provided.

Viewers with Freesat HD do not need take any action to get the new BBC HD channels: the changes will automatically take place very shortly. Humax Freesat HD receivers will update their channel list overnight.

Viewers with a Sky HD or Sky+HD digibox  do not need take any action to get the new BBC HD channels: the changes will automatically take place very shortly.

Users with other HD satellite receivers will have to perform a scan on the relevant frequencies to be able to watch these new BBC HD channels – https://www.satandpcguy.com/blog/2013/12/new-bbc-hd-channels-frequency-settings-satellite/

Further to the news that the BBC HD Channel will be closing, and being replaced by BBC Two HD (https://satandpcguy.com/blog/2013/02/bbc-2-hd-to-launch-in-march-2013/) the BBC have released further details for the launch of BBC Two HD. 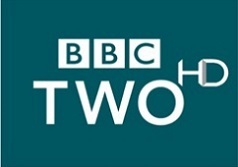 In most cases, BBC Two HD will use the same channel number as BBC HD.

However, Sky HD viewers will see that we are moving to two new numbers, which allows us to put BBC One HD and BBC Two HD next to each other. (We will also move BBC Alba to 143 on Sky so that it is grouped with other BBC channels.)

Check out our Blog page, which has lots of news about UK TV reception in the Costa Blanca and Spain

Some recent posts from our Blog / News Page