The air date for Game of Thrones season 7 has been announced by HBO.

It will also be simulcast on Sky Atlantic (in the UK), with a repeat showing later in the day at 9pm.

Game of Thrones fans who downloaded the season five episodes that leaked onto torrent sites early are receiving warning letters on behalf of HBO.

According to reports, HBO is tracking down the people who watched those leaked “Game of Thrones” episodes. Though no serious legal action is being taken at the moment, the company is said to have sent “thousands of warnings” to those with Internet connections that shared the shows.
END_OF_DOCUMENT_TOKEN_TO_BE_REPLACED

Game of Thrones  returns to Sky Atlantic on Monday, April 13 at 9pm.

Less than 24 hours after its US showing.

END_OF_DOCUMENT_TOKEN_TO_BE_REPLACED

Game of Thrones season 4’s first episode will be simulcast in the UK and US.

The news was confirmed by Sky at the launch of the new run, with the broadcaster revealing that the show will be screened in the middle of the night on Sky Atlantic, coinciding with the US East Coast airing.

Game of Thrones begins its fourth season on HBO on Sunday, April 6 at 9pm ET.

This will mean it will air in the UK at 2am on Monday, April 7.

The episode will also still be shown at 9pm on Monday as usual.

Game of Thrones will return to UK screens for its fourth series on April 7, less than 24 hours after it airs in the US.

The UK scheduling of Game of Thrones, where it airs on Sky Atlantic HD, is seen as an attempt to deter viewers from watching it illegally.

Game of Thrones series averaged 14.2 million viewers in the US for the third series, HBO’s second-highest figures after The Sopranos.

Game of Thrones fans’ appetite for the show also made it the most pirated show of 2013, according to TorrentFreak, with nearly six million people using file-sharing sites to downloading the season finale.

Game of Thrones is to return to Sky Atlantic on Monday, April 1, 2013, Sky TV have confirmed. 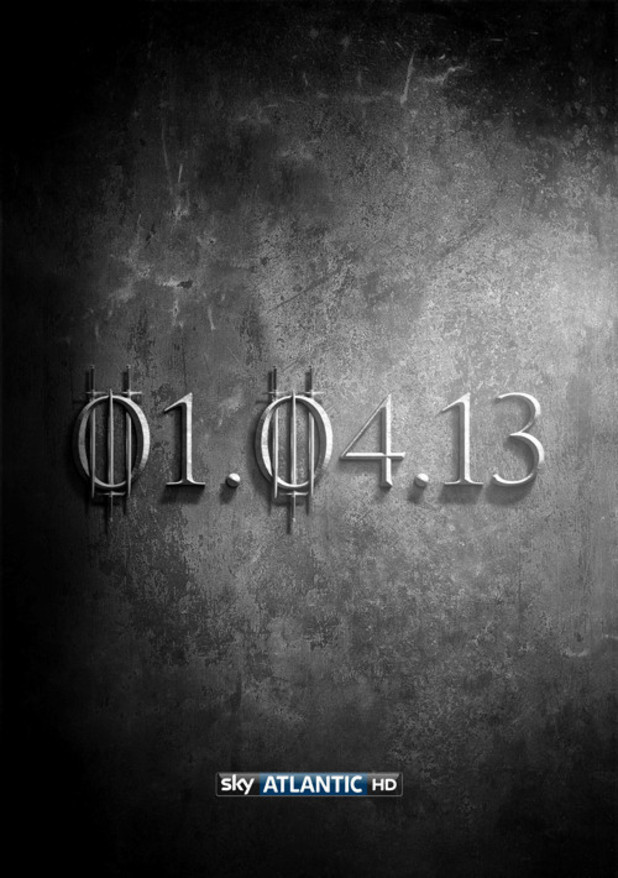 The third season of the HBO fantasy drama will receive its UK premiere just one day after US transmission.