We have a number of satellite dish system installations available for the reception of UK TV (Freesat and Sky TV) for the Valencia and COsta Blanca North area of Spain. 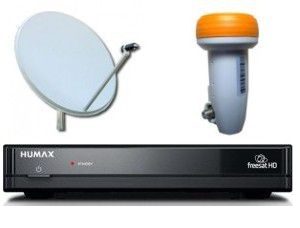 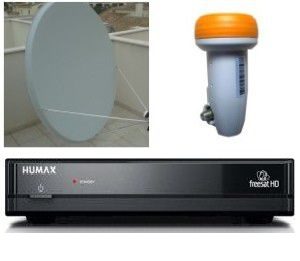 More information on our Satellite Dish Installation Options can be found on our webpage : http://www.satandpcguy.com/satellite-installations/

What is the best satellite dish for UK TV in Spain?

Well the first thing is where in Spain are you, as this will determine the size of satellite dish you will be needing for reception of UK TV in Spain.

We have found that the best performing satellite dish for reception of UK TV in Spain in my service area is currently a 125x135cm satellite dish manufactured by Tecatel – http://www.satandpcguy.com/Site/1.25_metre_satellite_dishes_costa_blanca_spain.php

This is the satellite dish that we recommend for a decent stable signal vrom the new UK TV satellites, Astra 2e and Astra 2F.

This despite the Famaval 1.4m dish being advertised as a “hi gain satellite dish” and that it “outperforms other satellite dishes of a similar size”.

This is from testing a range of similar sized dishes in various locations in our service area.

And these Tecatel satellite dishes are robust and reliable.

In fact they were used to receive BBC TV in Spain, over 15 years ago, before the move to the “big dish” satellite. Many of these satellite dishes are still installed and working today.

Worryingly, many of the famed Famaval 1.4m satellite dishes that I have been called out to help resolve reception problems have usually not been installed correctly. The Famaval 1.4m dishes come with rubber “grommets” that should be fitted between the dish and the supporting brackets. Many installs I have seen do not have these, so the dish is not performing at its best. I have no idea why installers in my area do not use the rubber grommets – there must be a huge stockpile in someone’s van… Much in the same way installers “forget” to use the rubber boots for LNB connections….

Over the last week or so a number of posts on satellite forums have reported weaker signals from the Astra 2E satellites UK spot beam.

This UK beam carries the majority of the BBC and ITV channels.

Reception in the UK is not affected, but in some areas of Europe, some people have noticed a lot more “pixilation” or loss of some of the BBC and ITV channels recently.

Some of these people are living in areas where the satellite dish they have is “on the edge” and so any changes in signal would be more noticeable. Just one of the problems of going for the smallest dish possible and not a larger dish that allows for that little bit more leeway if the signals change.

Various theories about this recent change in signals have been banded around.

Satellites do have a tendency to “move” around in space – they are not always in the exact same place. So every so often the satellites have to fire up their positioning thrusters to perform some “station keeping”, moving the satellite back into its correct place. This will have an effect on the signal footprint back on earth.

What is the best satellite dish for reception of UK TV in the Costa Blanca and Valencia areas of Spain?

If you believe what you read and hear then you will have thought it was the Famaval 1.4m “hi gain” satellite dish.

We were called to a clients to install a satellite dish that they had been given by a friend.

It is a Channel Master 1.2m offset satellite dish.

The Channel Master 1.2m measures 120cm horizontally and 130cm vertically across the face of the dish.

However, during installation, we found that the signal levels on this Channel Master 1.2m dish are far better than the larger Famaval and Tecatel satellite dishes.

In fact the signal levels were excellent.

As an example, I tested the reception of Challenge TV, which is currently transmitted on a “north beam” frequency, making it tricky to receive mid afternoon. At the time of the comparison, the Famaval 1.4m satellite dish was not receiving “Challenge TV”, yet the Channel Master dish was receiving Challenge TV.

A very nice and well performing satellite dish. Just a shame the cost and availability make it less desirable than other satellite dishes which are cheaper and more readily available.